Punkish punch and proggish precision dance a merry two-step for Say Mosquito, whose surrealist solemnity fizzes and pops on breakneck tempos and offbeat humour. Just how in hell was this twisted bastard of a band born, somewhere in Hong Kong?

Rewind: In 2009, classically-trained pianist Maggie spotted a picture of Steve holding a guitar on a dating site – and reached out to ask, “do you know how to scream?” Instead, the homesick, loveslick lothario taught his new muse how to pluck the bass and they consummated the whole fortuitous thing with a debut duet gig after just 12 weeks ... and were married within three years. After one-too-many gnatty insect bites (Sai a synonym for “die” in Maggie’s mother tongue, Cantonese), Say Mosquito were completed with the saloon door-kickin' arrival of Ah Wah – originally hired for a one-off session, the veteran sticksman dug the vibe of steely perfectionism and stuck around for the long, slow, ride ahead, bringing a technical tumult to the love birds’ frenetic riffing and hi-jinx charms.

The playfully-titled debut EP, Oh No!, bottled this power trio-on-steroids’ early sound – a constipated hotpot of psychobilly and psychobabble, imagery and irreverence, vintage punk and retro pop, (but definitely not pop-punk) – epitomised by the darkly kooky debut single Hamster, which may or may not be about slaughtering and smoking a friend’s pet rodent (whatever the band claim). The apparent allusions to real-life psychokiller David Berkowitz detected in the barnstorming Hot Club hoedown Son of Sam remain harder to sidestep, while the breakneck, four-track, nine-minute release closes with the unforgettable Last Night in Hong Kong – a local anthem for anyone who’s ever left town (or had a pint in The Wanch, ever).

The trio’s subsequent Greater China tour included stops in key hubs Beijing and Guangzhou, on top of festival engagements at Shanghai’s Rat On Swamp Dog and Shenzhen’s X-Ta-Sea Woodstock, while closer to home Say Moz (as only true fans get to call them) were DM'd to warm up for visiting C-listers including Brooklyn-based psych-garage combo The Mystery Lights and US surf-rock revivalists Daikaiju.

Pedantic and puritan, the hermit-like Messieurs and Mrs Wong (the three members share a Chinese surname, albeit a different calligraphic character) break their audio impasse in 2020 with Circumstances – the first in a swathe of brainier, brawnier new tunes tackling subjects from science-fearing evangelists to near-death epiphanies and a cold, contemporary society which prioritises profit over people. Quite the party band indeed. 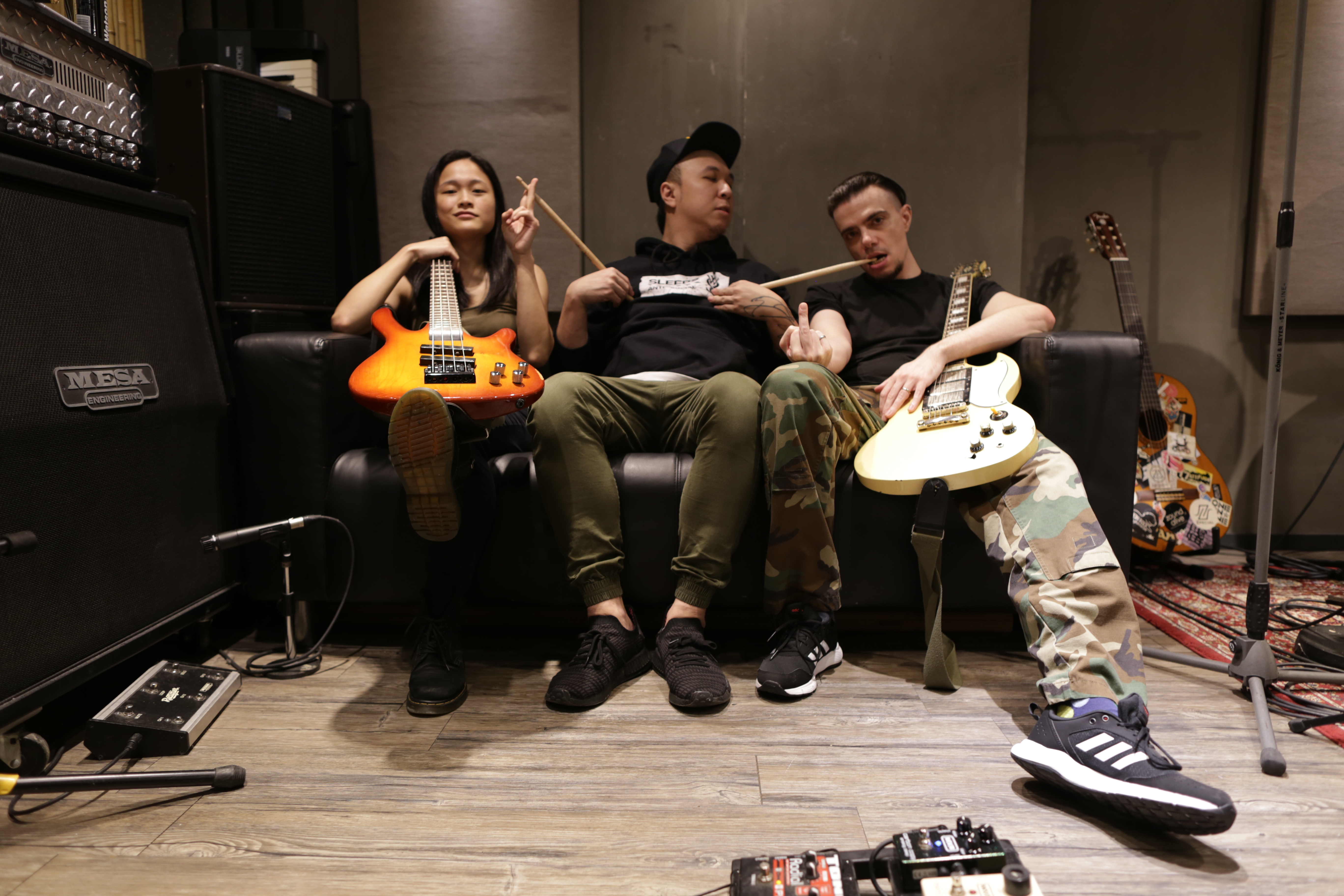